Believe it or not, there’s a difference between an ATV and a UTV. Where an ATV is designed for recreation, a UTV is more or less designed for handling workloads. The modern UTVs that we have today are more comfortable and versatile than ever. A UTV can be as useful as a pickup truck in a lot of instances, which is why the market has been expanding.

There are various features that make a UTV stand out from the crowd. From expanded bed space to comfortable seating, the more versatile the model the more that you’ll be able to do with it. 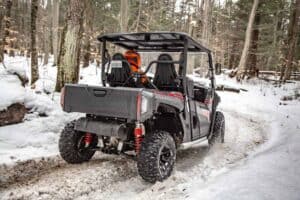 Based on the same chassis as the X4, the Wolverine X2 R-Spec is a sportier version. While you still get the stellar bed space and roomy seating, the shorter wheelbase makes maneuvering much easier. The 847cc parallel-twin, fuel-injected engine is powerful enough to deliver the kind of performance you’d expect from a two-seater. The KYB shocks assist the X2 in handling just about any terrain from soil to snow. The Adventure Pro GPS system is also built right into the X2 for added capability. 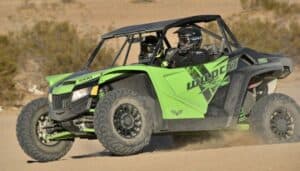 While this specific model isn’t well-known, it has the performance bones to make it appealing. The Textron Wildcat Xx looks like a compact version of the Plymouth Prowler roadster. The extreme design helps the Wildcat to stand out from the crowded UTV scene. The 998cc inline three-cylinder, four-stroke, the naturally-aspirated motor does a great job of handling performance. The trophy-truck inspired suspension system will remind you of a Ford Raptor, with big bulging tires and shocks to match. 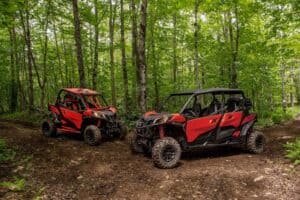 We have to give it to Can-am, the company knows how to make a UTV. The 976cc Rotax V-Twin engine has a whopping 100hp, and it moves with authority. In addition to that the Cam-am brand has done with the Spyder, the company also makes a serious of UTV models. The FOX 2.0 Podium shocks give the Maverick an impressive ride quality on a number of different terrains. 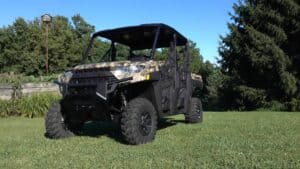 Polaris is the go-to product when it comes to an impressive UTV. The thing that makes the XP 1000 Crew impressive is the seating space. You can drive this UTV comfortably on the property or on your way back from deer camp. The 999cc ProStar twin-cylinder, four-stroke produces 82 horsepower. The end result is a durable UTV that can handle just about anything that you throw at it. 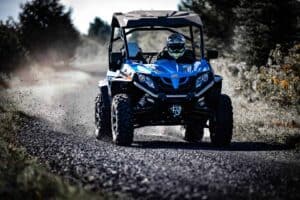 Cfmoto is not the first company that comes to mind when you think of a UTV, but it’s the most affordable. Oftentimes riders will think that a lower price equates to a less quality machine. That couldn’t be further from the truth, and the Cfmoto Zforce 1000 Eps Lx. The overall design of the Zforce 1000 Eps Lx gives it a unique and one of a kind design that stands out from the crowd.